Cannabis and cannabis accessories are not the same as the used to be. In states like Colorado and California in addition to casual consumers, there is a whole culture of people who enjoy being on the cutting edge of cannabis. Because of this growing demand for the best of the best, when it comes to fine cannabis and concentrates, the market has exploded with a ton of amazing products. One of the biggest changes in the cannabis market was the rise of concentrates, which was largely driven by the new method of ingestion, known as dabbing. Because of this, the demand for butane extractors is extremely high right now among dispensaries. 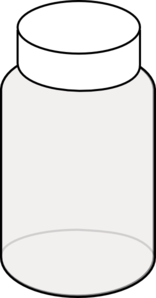 Concentrates, as well as how they are consumed, have changed quite a bit over the last few years. Until only a few years ago, concentrates were mainly consumed in the same way flowers were, out of a pipe or water pipe. In fact, they were usually put on top of flowers as a way to spruce it up. The increased prevalence of more sticky and concentrated products, known as hash oil gave rise to dabbing, which is a colloquial term for essentially vaporizing your concentrates using a torch and specialized pipe, usually a water pipe. These are often referred to as rigs. There are a few different kinds of hash oil that are used in this way, but the two most well known are wax and shatter. They both have the right consistency for dabbing, and they are both common ways for butane hash oil to turn out. There are many different factors that can come into play, when it comes to determining whether or not you will get wax or shatter, but most dispensaries have a technique to be able to get the kind of products they want. Obviously, your plant matter itself plays a big role in determining the consistency of the concentrates, as well as the potency and flavor. Furthermore, the type of BHO extractor you have and the technique you are using to extract will also make a difference.

Of course, wax and shatter are not anything special these days, at least not if you ask a lot of West coast and Colorado cannabis aficionados. Today, it is all about the terpenes, whereas THC content used to be king. There are many different components of cannabis resin glands that make it what it is, and THC is only one of them. Terpenes and terpenoids, which are often shortened to terps, are becoming one of the most talked about of these components. Because of this, dispensaries are being forced to change the way they think about concentrates and extraction. This is because traditionally concentrates are made with plant matter that has already dried, whether it be trim or flowers. This always made sense to people because that is the only way to use flowers. What has been discovered though is that terpenes are at their peak when the plant is fresh and has yet to be dried, so people are now putting whole fresh plants into their closed loop butane extractors.